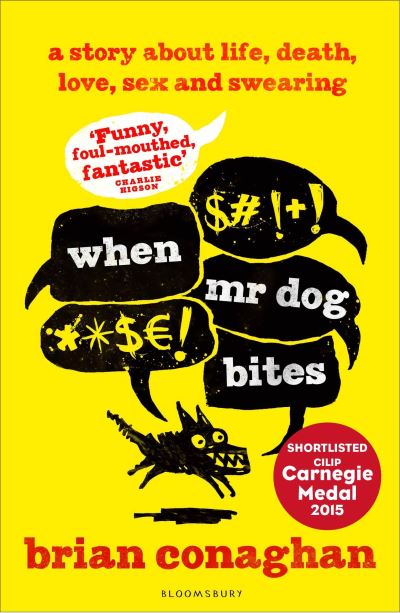 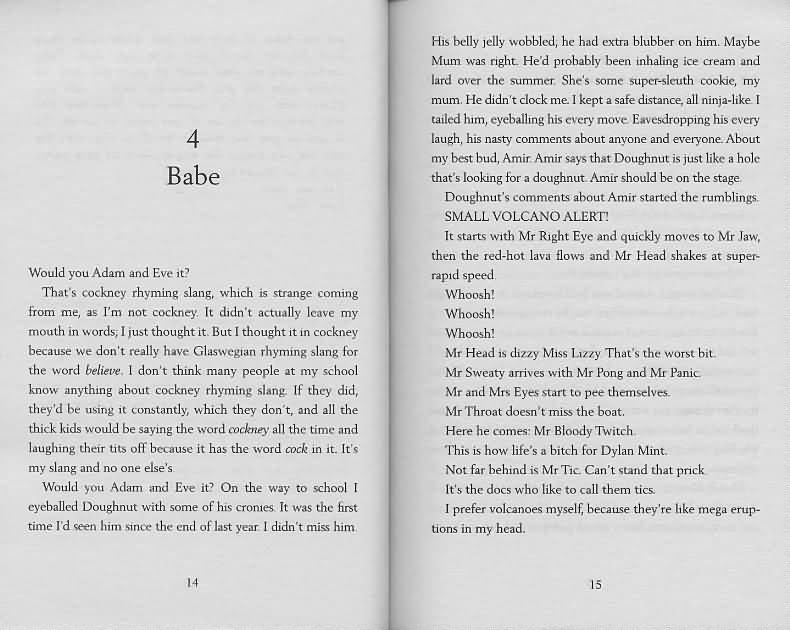 When Mr Dog bites: a story about life, death, love, sex and swearing

Log in to view theme keywords.
A boy with Tourette's makes a wish list of things that he must do when he thinks he hears a doctor telling his mother he will die by March.

A boy with Tourette's makes a wish list of things that he must do when he thinks he hears a doctor telling his mother he will die by March.

Dylan Mint has Tourette's. His life is a constant battle to keep the bad stuff in - the swearing, the tics, the howling dog that seems to escape whenever he gets stressed. But a routine visit to the hospital changes everything.

Overhearing a hushed conversation between the doctor and his mum, Dylan discovers that he's going to die in March. So he makes a list of things he must do before he dies: first, he wants to have real sex with gorgeous Michelle Malloy; second, he's got to find his autistic best friend Amir a new best bud; third, he's got to get his dad back home from the army so they can say goodbye properly. It's not a long list, but it's ambitious, and he doesn't have much time.

Sometimes you've just got to go for it - no holding back - and see what happens.

This is the launch of a major new writing talent. Brian Conaghan makes you travel every step of the way in Dylan's shoes, laughing and crying - often at the same time - as Dylan faces the twists and turns of an unfair world with glorious optimism and wit.

NOTE : Contains lots of swearing, references to sex and some racist language