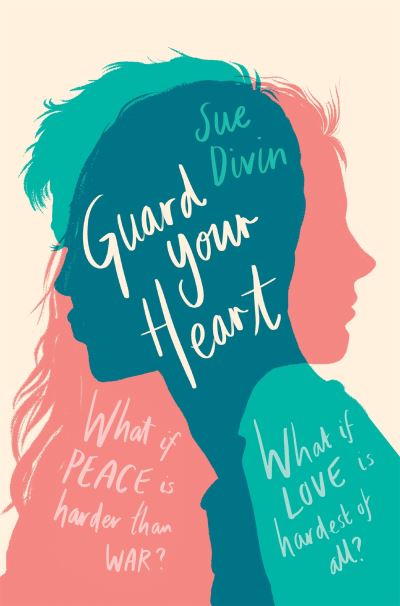 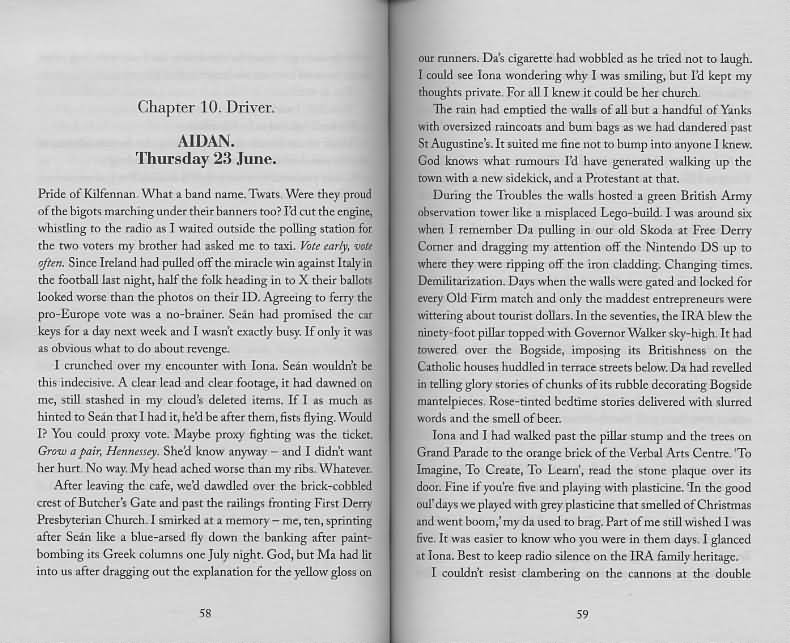 Log in to view theme keywords.
Derry. Summer 2016. Aidan and Iona, now eighteen, fall in love, but can their love survive their very different backgrounds?

Derry. Summer 2016. Aidan and Iona, now eighteen, fall in love, but can their love survive their very different backgrounds?

Aidan is Catholic, Irish, and Republican. With his ex-political prisoner father gone and his mother dead, Aidan's hope is pinned on exam results earning him a one-way ticket out of Derry. To anywhere.

Iona, Protestant and British, has a brother and father in the police. She's got university ambitions, a strong faith and a fervent belief that boys without one track minds are a myth.

At a post-exam party, Aidan wanders alone across the Peace Bridge and becomes the victim of a brutal sectarian attack. Iona witnessed the attack; picked up Aidan's phone and filmed what happened, and gets in touch with him to return the phone. When the two meet, alone and on neutral territory, the differences between them seem insurmountable.

Both their fathers held guns, but safer to keep that secret for now.

Despite their differences and the secrets they have to keep from each other, there is mutual intrigue, and their friendship grows. And so what? It's not the Troubles. But for both Iona and Aidan it seems like everything is keeping them apart , when all they want is to be together.