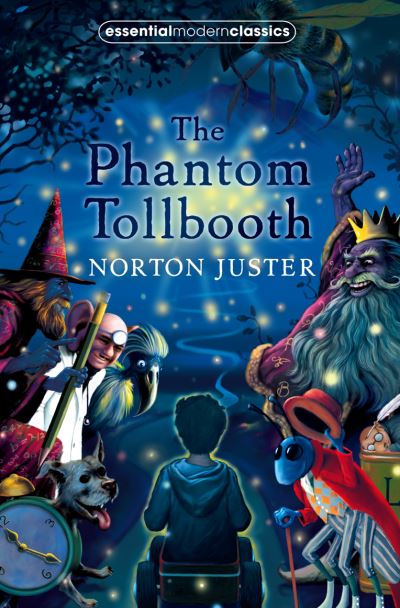 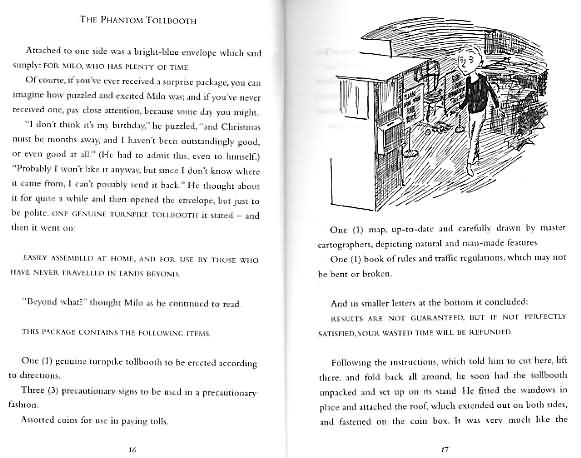 Log in to view theme keywords.
A boy sets off on an adventure in his pedal car.

A boy sets off on an adventure in his pedal car.

When Milo finds an enormous package in his bedroom, he's delighted to have something to relieve his boredom with school. And when he opens it to find-as the label states-One Genuine Turnpike Tollbooth, he gets right into his pedal car and sets off through the Tollbooth and away on a magical journey!

Milo's extraordinary voyage takes him into such places as the Land of Expectation, the Doldrums, the Mountains of Ignorance and the Castle in the Air. He meets the weirdest and most unexpected characters such as Tock, the watchdog, the Gelatinous Giant, and the Threadbare Excuse, who mumbles the same thing over and over again. But will it be still there when he gets back from school?

NOTE: There are 'extra bits' at the back of the book to compliment the story.