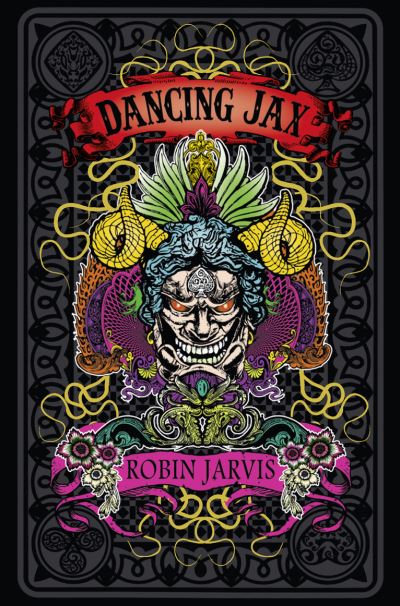 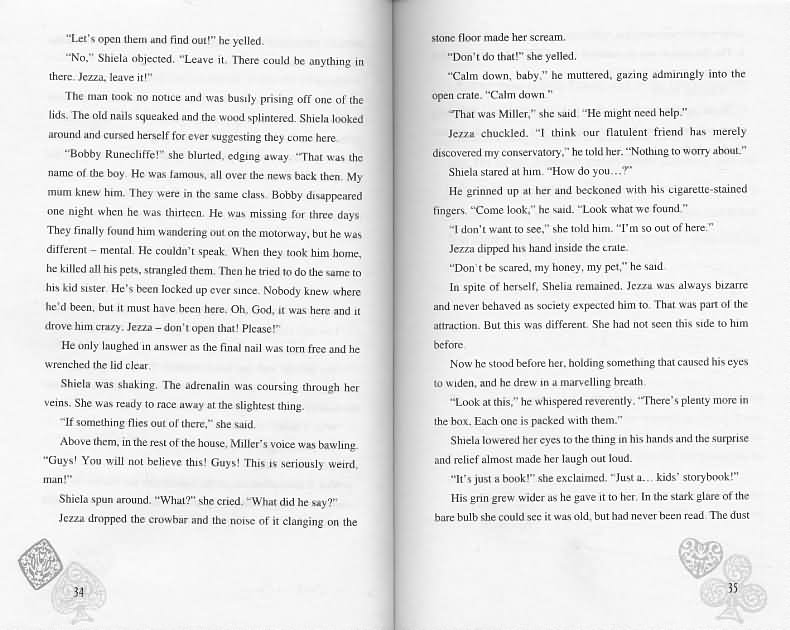 Log in to view theme keywords.
A local community becomes enthralled by the story of a children's fantasy book, and begin to live out its sinister contents.

A local community becomes enthralled by the story of a children's fantasy book, and begin to live out its sinister contents.

A brilliant supernatural thriller with a modern twist, and a triumphant return from one of Britain's best-loved writers.

Once, a group of amateur ghost hunters spent the night there. Two of them don't like to speak about the experience. The third can't speak about it. He went into the basement, you see, and afterwards he screamed so hard and so long he tore his vocal cords.

Now, a group of teenagers have decided to hang out in the old haunted house. Dismissing the fears of the others, their leader Jezza goes down into the basement and comes back up with a children's book, full of strange and colourful tales of a playing-card world, a fairytale world, full of Jacks, Queens and Kings, unicorns and wolves. But the book is no fairytale.

Written by Austerly Fellows, a mysterious turn-of-the-century occultist, it just might be the gateway to something terrifying and awfully final. As the children and teenagers of the town are swept up by its terrible power, swept into its seductive world, something has begun that could usher in hell on earth. Soon, the only people standing in its way are a young boy with a sci-fi obsession, and his dad - an unassuming maths teacher called Martin!

NOTE : The character emphasis is equally split between adults and teenagers (Paul is 11, others are 15) so the book would work as a crossover title.

First in a trilogy