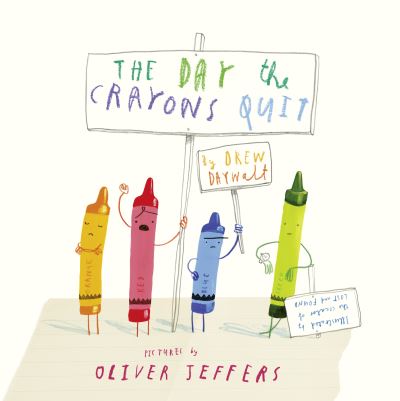 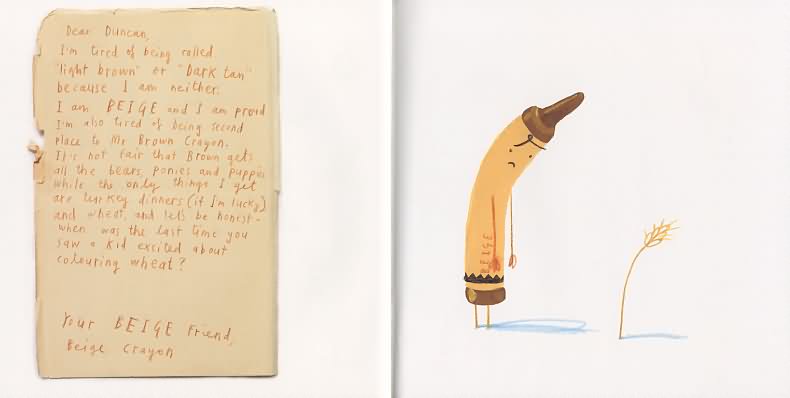 The day the crayons quit

Log in to view theme keywords.
A boy gets a series of letters from his crayons after they quit their jobs asking for better treatment.

8 copies in stock, more than 100 copies available at publisher

A boy gets a series of letters from his crayons after they quit their jobs asking for better treatment.

Poor Duncan just wants to colour in. But when he opens his box of crayons, he only finds letters, all saying the same thing: We quit!

Beige is tired of playing second fiddle to Brown, Blue needs a break from colouring in all that water, while Pink just wants to be used. Green has no complaints, but Orange and Yellow are no longer speaking to each other.

The battle lines have been drawn. What is Duncan to do?