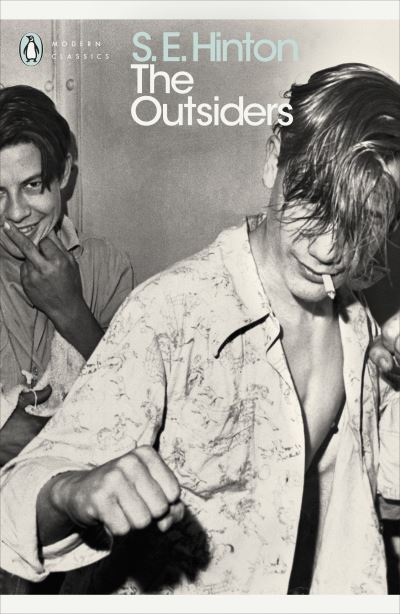 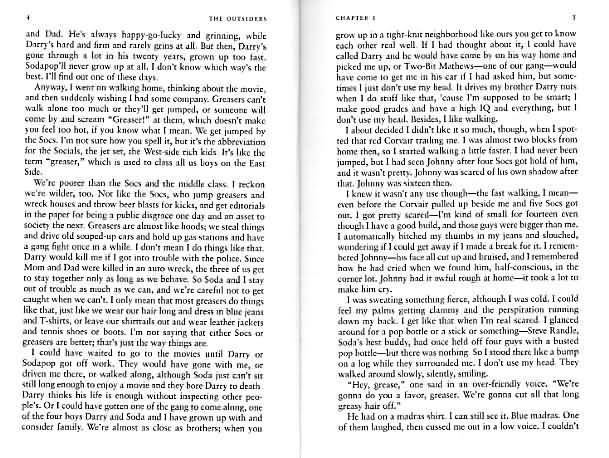 Log in to view theme keywords.
Set in sixties America, a teen member of a gang witnesses the savage baiting from a rival gang that leads his best friend to manslaughter

Set in sixties America, a teen member of a gang witnesses the savage baiting from a rival gang that leads his best friend to manslaughter

The Greasers and the rich-kid Socs are at war on the Tulsa streets. Ponyboy, a fourteen-year old brawler, chainsmoker and dreamer, is a fiercely loyal Greaser.

But a single, murderous catastrophe is to wrench him from his old life and overturn everything he thinks he knows.

The Outsiders (1967) was an audacious debut written when S.E. Hinton was only seventeen, laying bare the hopes and terrors behind teenage bravado in a world of drive-ins, drag races and switchblades. It confronted America with a new breed of anti-hero from the wrong side of the class divide, and became a best-selling classic of youthful rebellion.