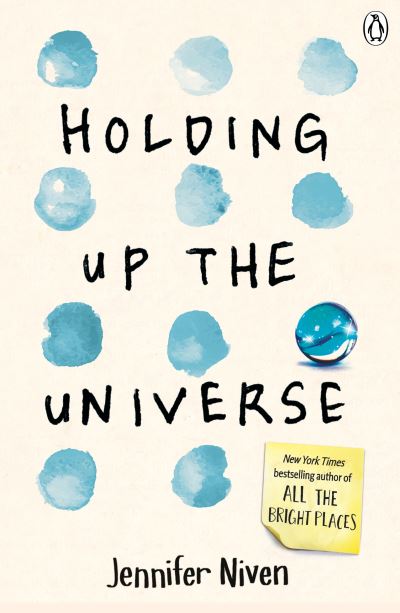 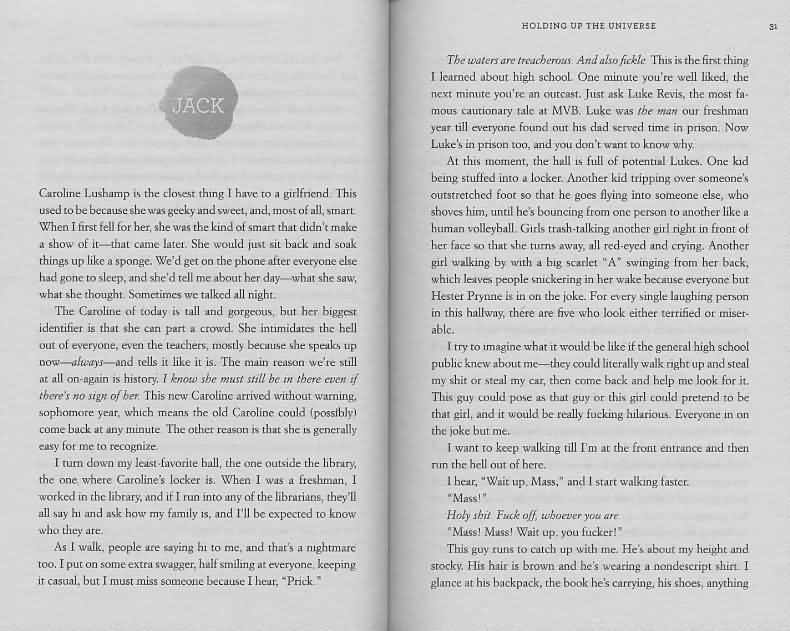 Holding up the universe

Log in to view theme keywords.
A girl with severe weight problems and a boy with face blindness (Prosopagnosia) fall in love whilst struggling to cope with school and home pressures

Everyone thinks they know Libby Strout, the girl once dubbed 'America's Fattest Teen'. But no one's taken the time to look past her weight to get to see who she really is.
Since her mum's death, she's been picking up the pieces in the privacy of her home, dealing with her heartbroken father and her own grief. Now, Libby's ready: for high school, for new friends, for love, and for every possibility life has to offer.

Everyone thinks they know Jack Masselin too. Yes, he's got swagger, but he's also mastered the art of fitting in. What no one knows is that Jack has a secret: he can't recognise faces. Even his own brothers are strangers to him. He's the guy who can re-engineer and rebuild anything, but he can't understand what's going on with the inner workings of his own brain. So he tells himself to play it cool: Be charming. Be hilarious. Don't get too close to anyone.

Until he meets Libby. When the two get tangled up in a cruel high school game which lands them in group counselling, Libby and Jack are both angry, and then surprised. Because the more time they spend together, the less alone they feel.

Because sometimes when you meet someone, it changes the world - theirs and yours.

A heart-wrenching story about what it means to see someone - and love someone - for who they truly are.

Emotionally fraught & totally engaging, the ending feels a little fairy tale but deservedly so. Niven handles the issues with sensitivity and insight delivering a read that is both beautiful and very accessible