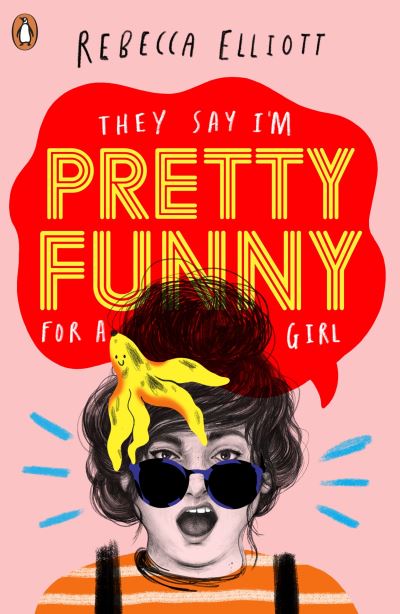 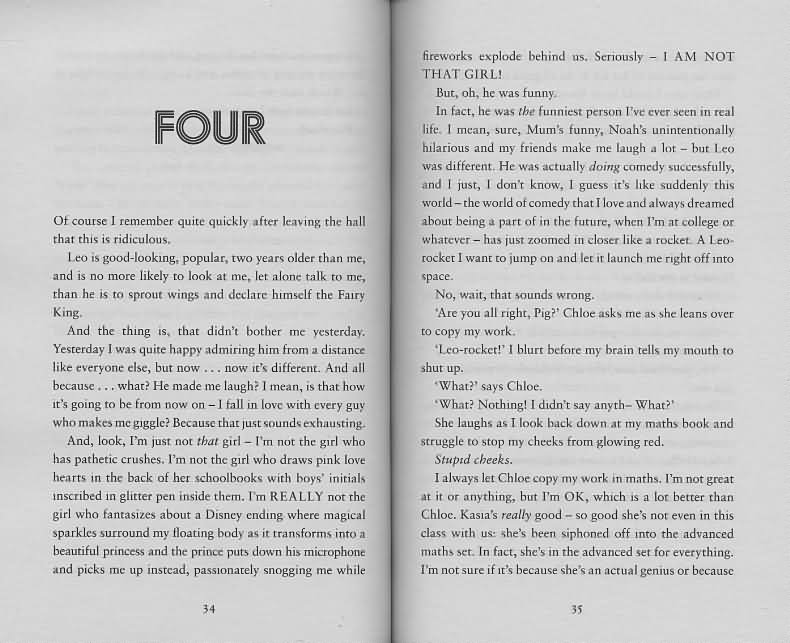 Log in to view theme keywords.
A teenager who wants to pursue a career in stand up comedy finds herself secretly writing jokes and material for a popular boy at her school for his own set

Teenager Haylah accepts who she is (despite some wobbles) and wrong-foots the bullies with her humour. What she really wants to be is a stand-up comedian but she'll overcome the obstacles, real and in her head, to get to where she wants to be.

I'm pretty big so people think it's pretty smart to call me Pig (spoiler alert: it's not). I'm pretty cool. At least, when I'm not falling flat on my butt.

I have a teeny tiny little boy-crush - honestly, nothing to get your knickers in a twist about - on pretty hot Leo Jackson in the year above.

My mum is in love with a man who insists on wearing shoes with no socks, which is pretty disgusting, and my toddler dictator - er, I mean, little brother - Noah is pretty weird too.