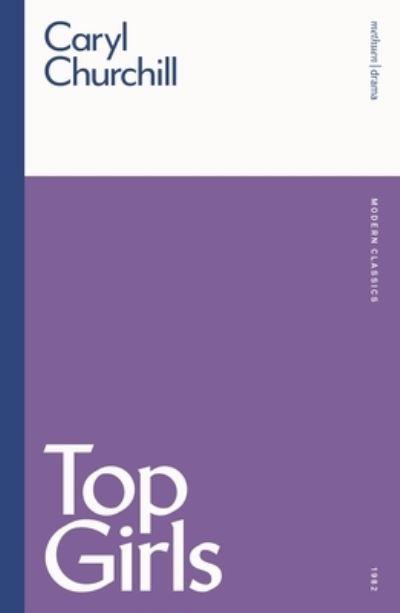 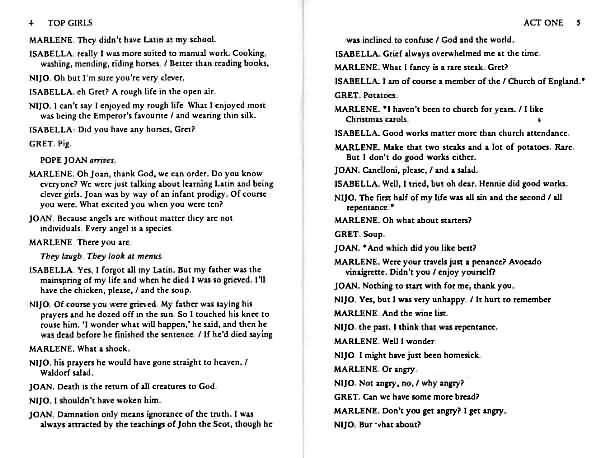 Log in to view theme keywords.
Marlene hosts a dinner part in a London restaurant to celebrate her promotion to managing director of 'Top Girls' employment agency.

Marlene hosts a dinner part in a London restaurant to celebrate her promotion to managing director of 'Top Girls' employment agency.
Her guests are five women from the past:
Isabella Bird (1831- 1904) - the adventurous traveller;
Lady Nijo (b1258) - the mediaeval courtesan who became a Buddhist nun and travelled on foot through Japan;
Dull Gret, who as Dulle Griet in a Bruegel painting, led a crowd of women on a charge through hell;
Pope Joan - the transvestite early female pope and last but not least Patient Griselda, an obedient wife out of Chaucer's Canterbury Tales.

As the evening continues we are involved with the stories of all five women and the impending crisis in Marlene's own life.

A classic of contemporary theatre, Churchill's play is seen as a landmark for a new generation of playwrights. It was premiered by the Royal Court in 1982.