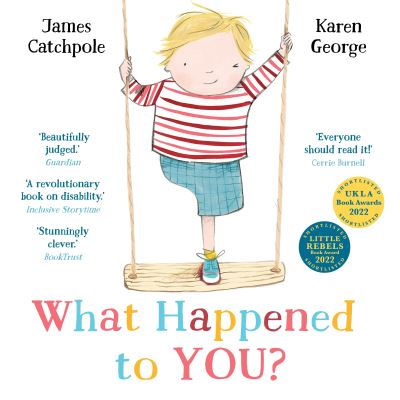 What happened to you?

Log in to view theme keywords.
A one-legged little boy tires of being asked the same question repeatedly and his angry outburst makes his new friends realise that he's so much more than the number of limbs he has.

A one-legged little boy tires of being asked the same question repeatedly and his angry outburst makes his new friends realise that he's so much more than the number of limbs he has.

Imagine you were asked the same question again and again throughout your life...
Imagine if it was a question that didn't bring about the happiest of memories...

This is the experience of one-legged Joe, a child who just wants to have fun in the playground. Constantly seen first for his disability, Joe is fed up of only ever being asked about his leg. All he wants to do is play Pirates.

But as usual, one after the other, all the children ask him the same question they always ask, "What happened to you?"
Understandably Joe gets increasingly cross!

Until finally the penny drops and the children realise that it's a question Joe just doesn't want to answer... and that Joe is playing a rather good game... one that they can join in with if they can stop fixating on his missing leg.

Because children are children, after all.