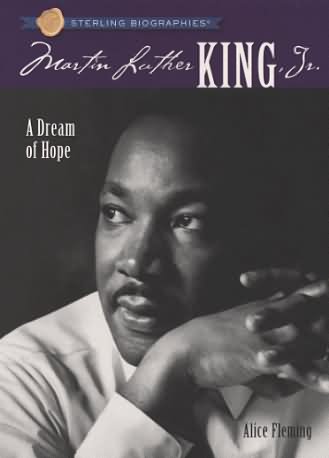 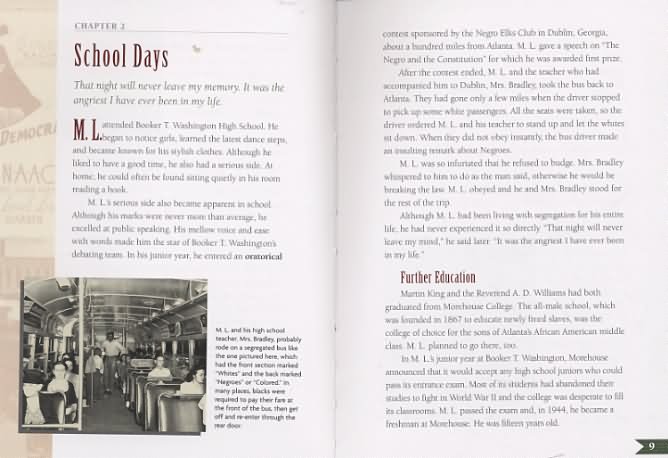 "I have a dream". Those rousing words, spoken by Martin Luther King, Jr. at a historic civil rights rally in Washington, D.C., brought hope to those who listened : hope that their country could end the segregation and become united.

The pastor of a small Baptist church, King became the driving force of the civil rights movement when he led a black boycott of the city's bus lines. His philosophy of non-violence and his breathtaking eloquence, helped free African Americans from decades of oppression and finally won them the rights-and opportunities-they deserved.

Here is King's inspiring story, which began in Georgia in 1929 and came to a tragic end on April 4, 1968 when he was fatally shot by an assassin.