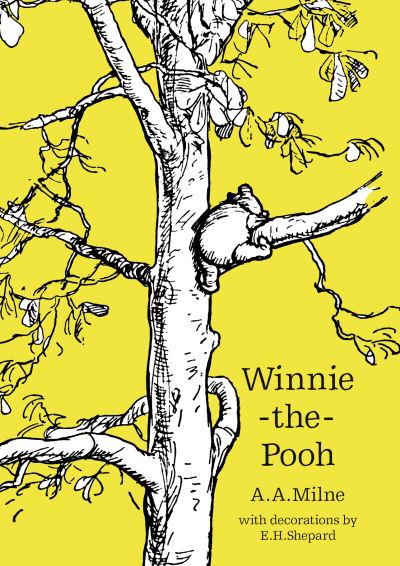 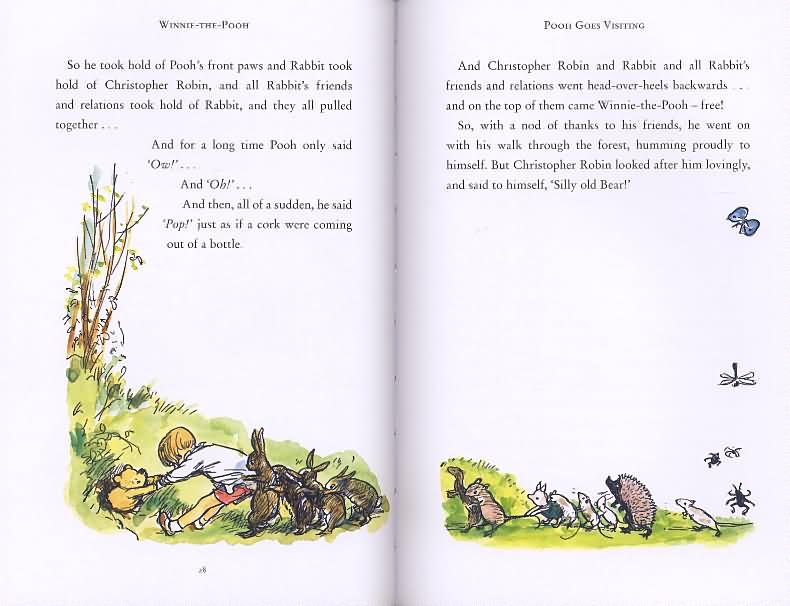 A A Milne and E H Shepard (Illustrator)

Log in to view theme keywords.
The classic stories featuring a young boy's adventures with his favourite bear

Winnie-the-Pooh may be a bear of very little brain, but thanks to his friends Piglet, Eeyore and, of course, Christopher Robin, he's never far from an adventure.

In this story Pooh gets into a tight place, nearly catches a Woozle and heads off on an 'expotition' to the North Pole with the other animals.

In this edition of "Winnie-the-Pooh," A A Milne's world-famous story is once again brought to life by E H Shepard's illustrations.

Heart-warming and funny, Milne's masterpiece reflects the power of a child's imagination like no other story before or since.

p1 In which we are introduced to Winnie-the-Pooh and some bees, and the stories begin
p19 In which Pooh goes visiting and gets into a tight place
p30 In which Pooh and Piglet go hunting and nearly catch a Woozle
p39 In which Eeyore loses a tail and Pooh finds one
p50 In which Piglet meets a Heffalump
p65 In which Eeyore has a birthday and gets two presents
p81 In which Kanga and Baby Roo come to the Forest, and Piglet has a bath
p99 In which Christopher Robin leads an expotition to the North Pole
p118 In which Piglet is entirely surrounded by water
p135 In which Christopher Robin gives a Pooh party, and we say good-bye