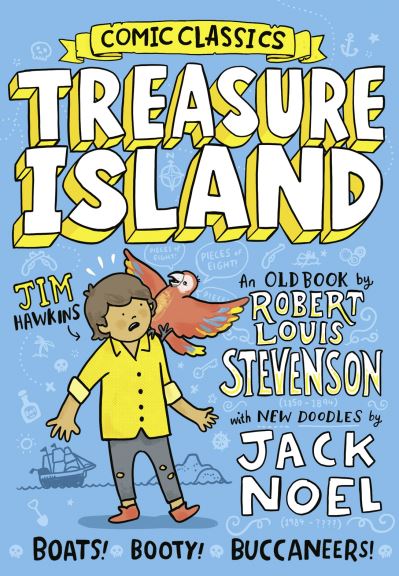 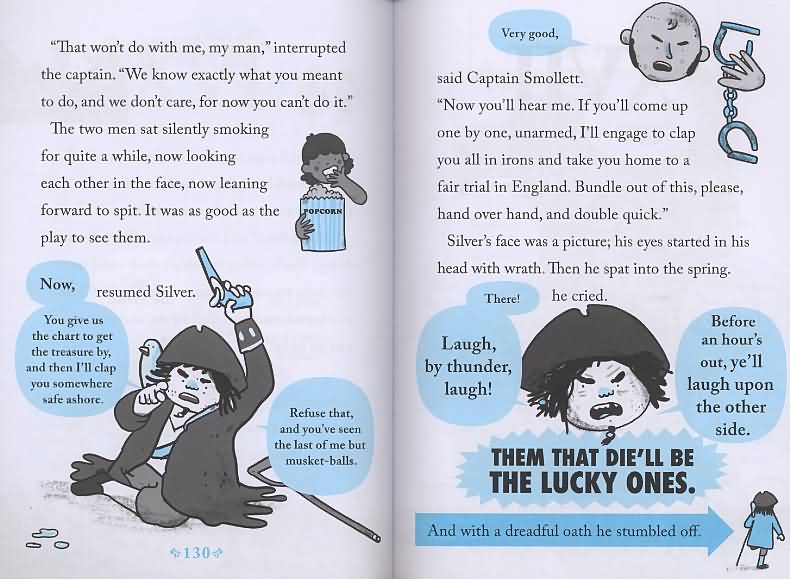 Log in to view theme keywords.
Twelve-year-old Jim Hawkins gets caught up in an adventure to find hidden treasure on a desert island.

Twelve-year-old Jim Hawkins gets caught up in an adventure to find hidden treasure on a desert island.

Jim Hawkins spends his life helping out at his mum's boring old inn by the sea, wishing he could sail away and have adventures. But when an old sea captain turns up with a secret, it's the start of a bigger adventure than Jim could ever have imagined - soon he's on a ship on the trail of buried treasure, accompanied by a suspicious sailor named Long John Silver. Will Jim escape the pirates? Or will he walk the plank?

Climb aboard with Jim, a chatty parrot and a bunch of crazy pirates for a hilarious adventure across the seven seas.

NOTE: Text is abridged to focus on the more iconic and adventurous elements of the story, but keeps the original language