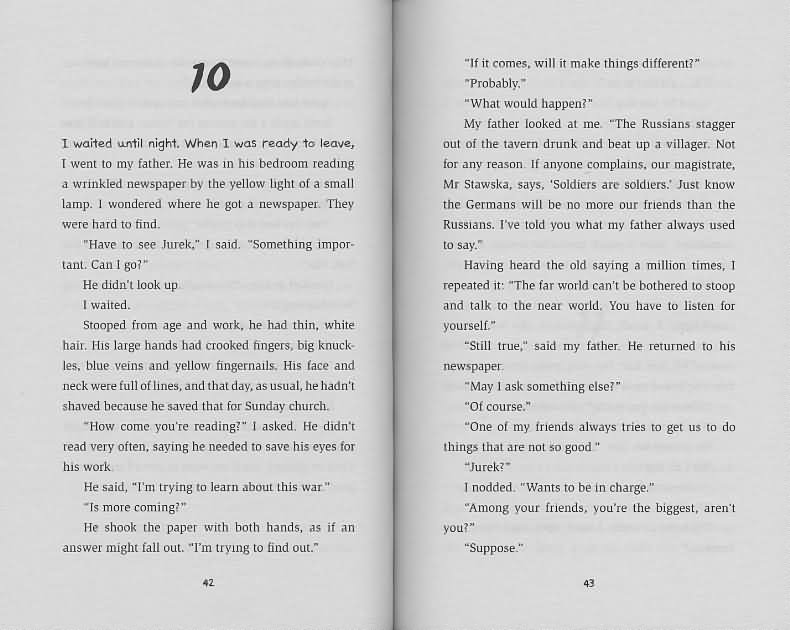 Log in to view theme keywords.
An unflinching tale of ordinary boys living during WW1 as tensions and desperations mount among them.

An unflinching tale of ordinary boys living during WW1 as tensions and desperations mount among them.

Twelve-year-old Patryk has never left his Polish village and doesn't know much about the outside world. Then one August, with the clatter-clatter of an aeroplane, the Great War explodes into his village.

As the Germans and Russians fight for control, Patryk and his friends begin their own battle to find the best military button. It starts as a dare, but soon the boys find themselves trapped in a dangerous war.

Just how far are they prepared to go to win?