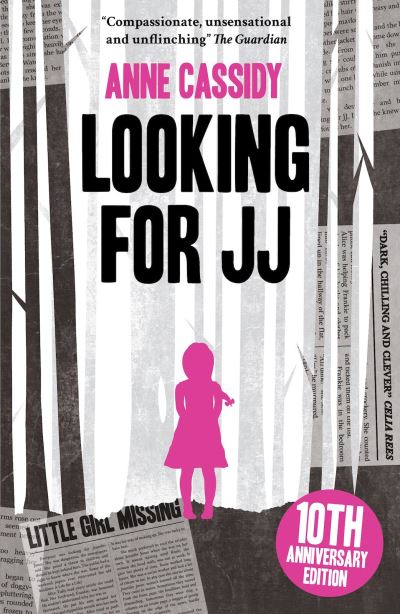 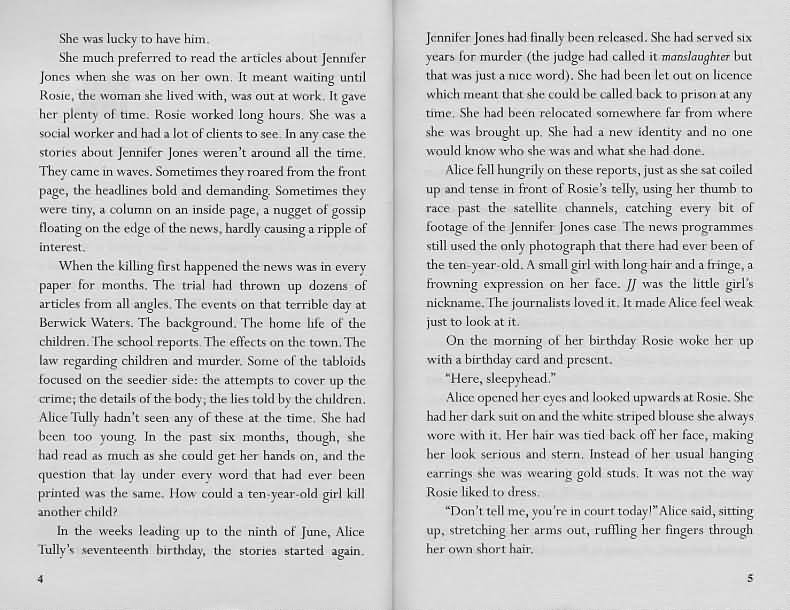 Log in to view theme keywords.
A teenage girl tries to re-build her life after being released from prison for the murder of her best friend when she was ten years old.

A teenage girl tries to re-build her life after being released from prison for the murder of her best friend when she was ten years old.

Three children walked away from the cottages on the edge of the town towards Berwick Waters. Later that day only two of them came back...

Alice Murray knows exactly what happened that spring day six years ago - though it's still hard for her to believe it's real. The images, the sounds and the aftermath are imprinted on her memory. She'll never be able to forget, even though she's trying to lead a normal life - she has a job, friends and a boyfriend whom she adores.

She's making a go of things, putting her past behind her at last. But Alice's past is dangerous, and violent, and sad -and it's about to rip her new life apart.

NOTE : JJ's mother is a failed actress and resorts to nude photography to earn money. When JJ is ten, the photographer and her mother try to get her to dress up in school uniform and be photographed with the mother.

Note : JJ attacks Michelle after they have fallen out when Michelle tells JJ that she knows that her mum "shows her tits off to everyone" and that "there are loads of men who visit your house". JJ's hand goes to a baseball bat and she strikes Michelle on the back of the head and the girl falls to the ground and isn't breathing. In panic JJ hides the body in a hole. But Michelle had not died outright and when she is eventually found she had managed to crawl out of the hole but died a few yards away.

NOTE : Winner of the Booktrust Teenage Prize 2004 and Shortlisted for the 2004 Whitbread children's book award and the 2004 Carnegie medal