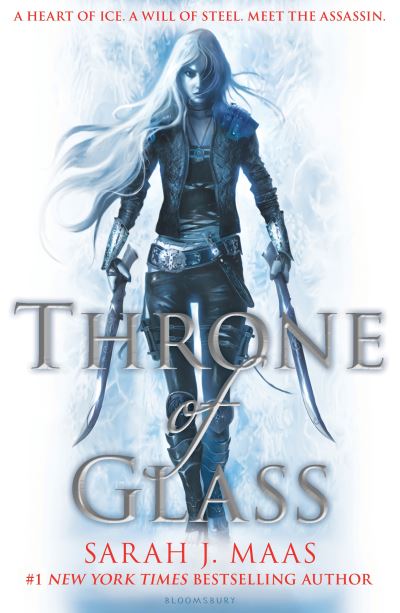 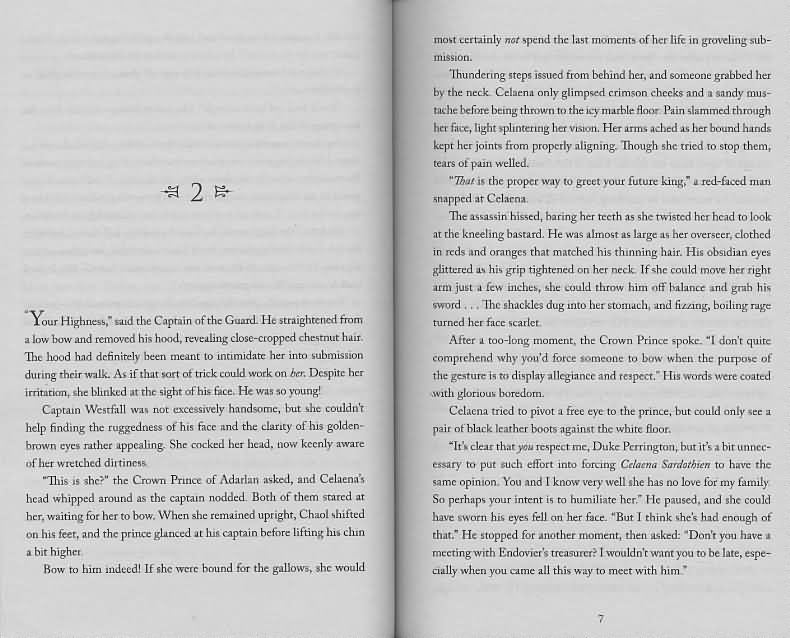 Log in to view theme keywords.
A young assassin serving a life sentence for her crimes is given a chance to regain her freedom by representing the prince in a fight-to-the-death tournament.

A young assassin serving a life sentence for her crimes is given a chance to regain her freedom by representing the prince in a fight-to-the-death tournament.

Action-packed fantasy romance with a heroine as deadly as she is beautiful, in a world where either fact could make her fortune or seal her fate.

Celaena Sardothien is a daredevil assassin with unrivalled fighting skills. After a year's hard labour in the salt mines of the kingdom of Endovier, Celaena is offered her freedom on one condition - she must fight as handsome Prince Dorian's champion in a contest sponsored by the king, facing the deadliest thieves and assassins in the land.

But there is more at stake than even her life - for Celaena is destined for a remarkable future.