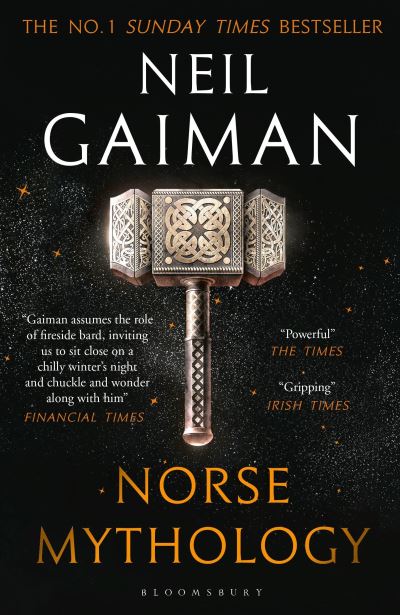 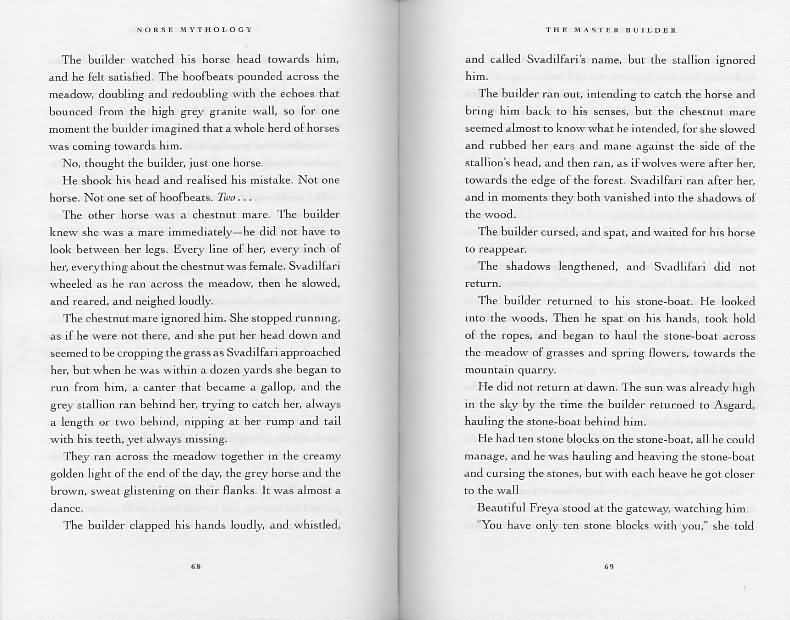 Log in to view theme keywords.
Gaiman's retellings of the Norse myths.

Gaiman's retellings of the Norse myths.

The great Norse myths are woven into the fabric of our storytelling - from Tolkien, Alan Garner and Rosemary Sutcliff to Game of Thrones and Marvel Comics. They are also an inspiration for Neil Gaiman's own award-bedecked, bestselling fiction. Now he reaches back through time to the original source stories in a thrilling and vivid rendition of the great Norse tales.

Thrilling tales of dwarfs and frost giants, of treasures and magic, and of Asgard, home to the gods: Odin the all-father, highest and oldest of the gods; his mighty son Thor, whose hammer, Mjollnir, was forged by dwarfs and makes the mountain giants tremble; Loki, wily and handsome, reliably unreliable in his lusts; and Freya, more beautiful than the sun or the moon, who gives short shrift to the gods, giants and ogres who seek to control her.

Gaiman's gods are thoroughly alive on the page - irascible, visceral, playful, passionate - as he leads us from the beginning of everything to Ragnarok, the inescapable final downfall of the gods.

xi An introduction
p1 The players
p7 Before the beginning, and after
p17 Yggdrasil and the nine worlds
p23 Mimir's head and Odin's eye
p29 The treasures of the gods
p49 The master builder
p71 The children of Loki
p87 Freya's unusual wedding
p105 The mead of poets
p133 Thor's journey to the Land of the Giants
p159 The apples of immortality
p179 The story of Gerd and Frey
p191 Hymir and Thor's fishing expedition
p209 The death of Balder
p229 The last days of Loki
p247 Ragnarok: The final destiny of the gods
p265 A glossary
p277 Notes