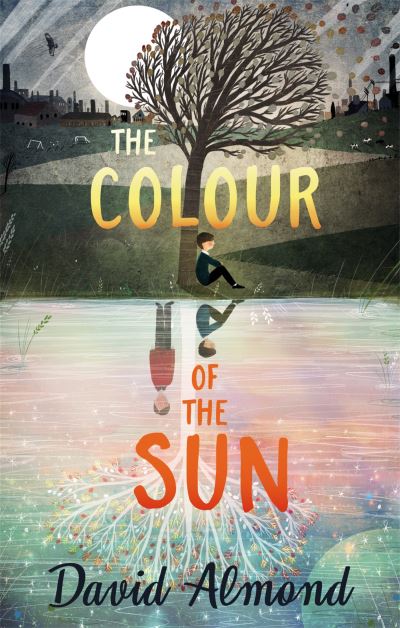 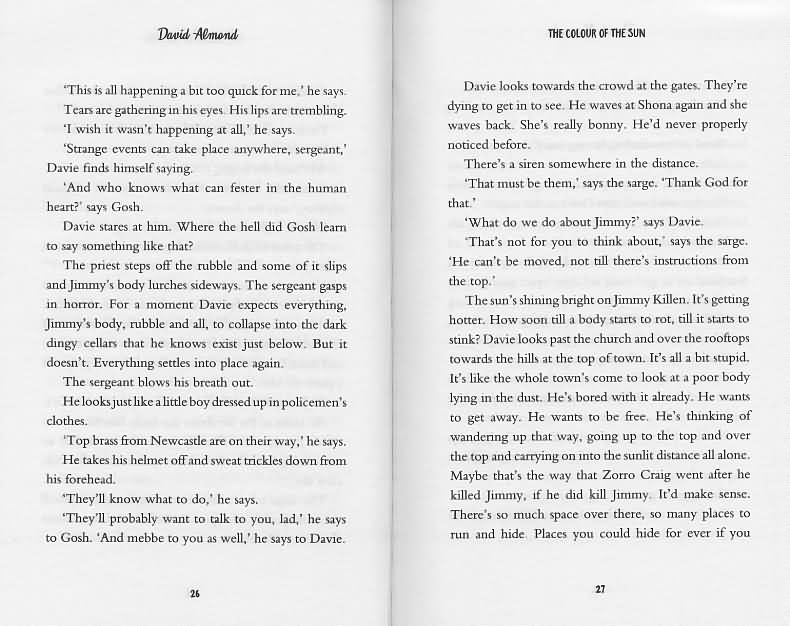 The colour of the sun

Log in to view theme keywords.
A boy contemplates the events that happened when an older boy is found dead in the town where he lives.

A boy contemplates the events that happened when an older boy is found dead in the town where he lives.

One hot summer morning, Davie steps boldly out of his front door. The world he enters is very familiar - the little Tyneside town that has always been his home - but as the day passes, it becomes ever more dramatic and strange.

A boy has been killed, and Davie thinks he might know who is responsible. He turns away from the gossip and excitement and sets off roaming towards the sunlit summit at the top of the town, where the real and imaginary world begin to blur.

Davie knows that neither he nor his world will ever be the same again.

NOTE : A boy knocked unconscious by his rival is believed to have died due to be being found with a knife and blood on his body.