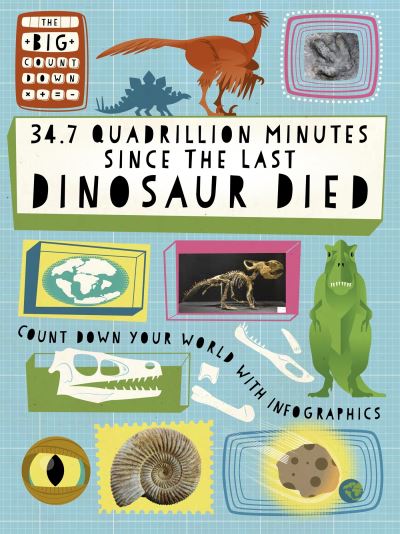 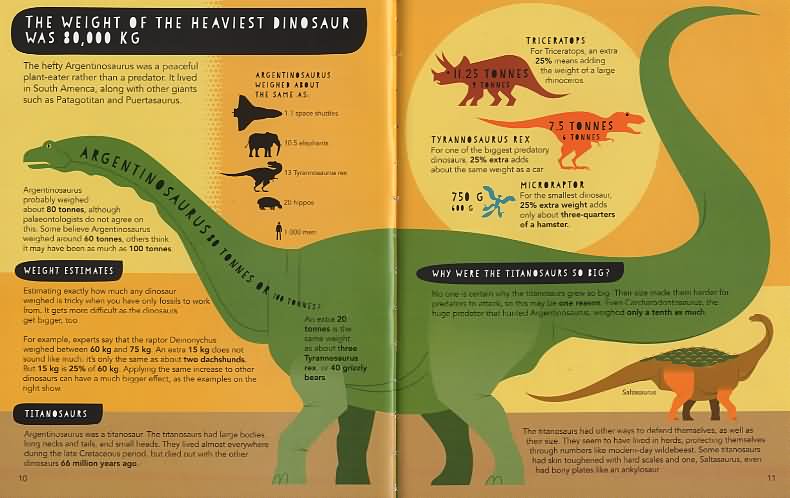 Log in to view theme keywords.
Gives facts about dinosaurs in the form of infographics and statistics.

Gives facts about dinosaurs in the form of infographics and statistics.

Do you know for how many years the dinosaurs ruled the Earth? Or how much the hefty Argentinosaurus weighed? Which dinosaur ran 144 per cent faster than Usain Bolt? Discover the answers to all these questions and much, more more in Big Countdown: Dinosaurs.

The Big Countdown looks at popular topics and investigates the great many numbers that make them fascinating. From the mind-bogglingly large to smallest and most precious, this series helps us understand that it's not just our days that are numbered. Perfect for number-crunchers aged 9 and up.

Counting down the dinosaurs
Dinosaurs stalked the Earth for 66 billion, 65 million days
$8.36 million cost of a Tyrannosaurus Rex in 1997
The weight of the heaviest dinosaur was 80,000 kg
1,000 teeth lined the jaws of Nigersaurus
800 species of dinosaur still to be discovered
540 species of dinosaur have been named
64 kph speed of the fastest dinosaur
23 hours in a dinosaur day
18 spines in a Spinosaurus's sail
8 degrees Centigrade warmer on planet dinosaur than today
Two separate events wiped out the dinosaurs
Smartest dinosaur was 1/10th smart as a dolphin
Further information and large numbers
Glossary
Index