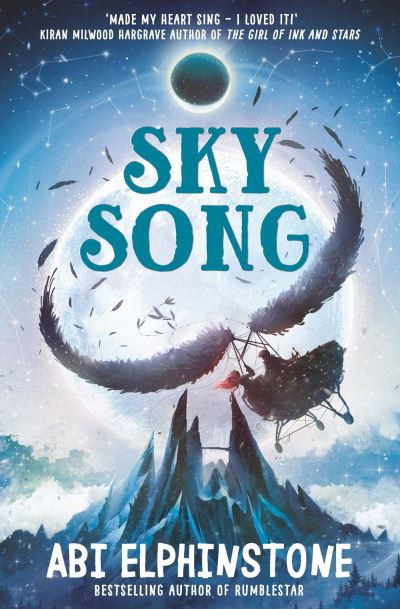 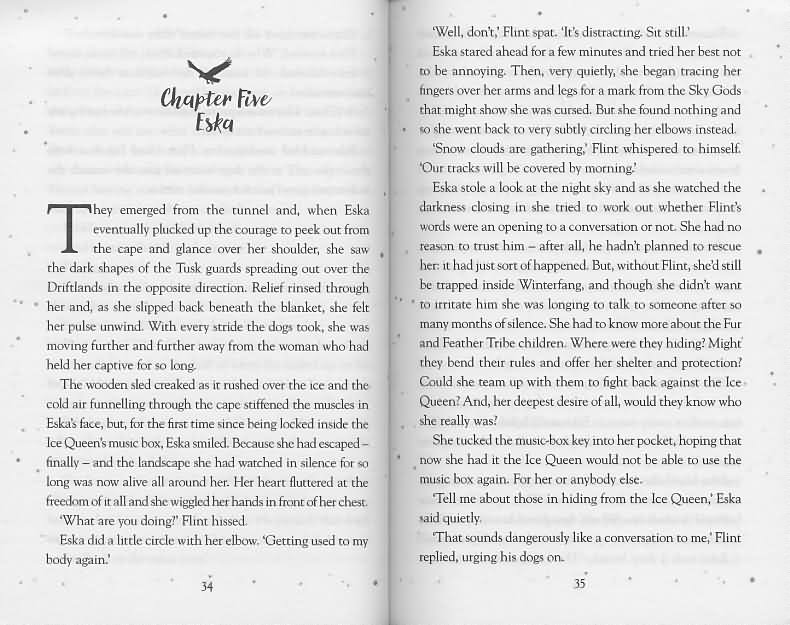 Log in to view theme keywords.
Two children set off on a quest to defeat the evil Ice Queen who keeps their world in her icy grip.

Two children set off on a quest to defeat the evil Ice Queen who keeps their world in her icy grip.

In the snowy kingdom of Erkenwald, whales glide between icebergs, wolves hunt on the tundra and polar bears roam the glaciers. But the people of this land aren't so easy to find. Because Erkenwald is ruled by the cruel Ice Queen and the tribes must stay hidden; if they are caught in the open they risk capture and imprisonment by the evil sorceress.

Join Eska, a girl who breaks free from a cursed music box, and Flint, a boy whose inventions could change the fate of Erkenwald forever, as they journey to the Never Cliffs and beyond in search of an ancient, almost forgotten, song with the power to force the Ice Queen back.

This is a story about an eagle huntress, an inventor and an organ made of icicles. But it is also a story about belonging, even at the very edges of our world...