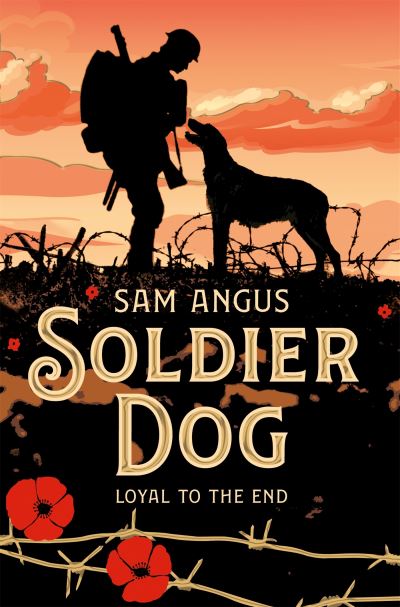 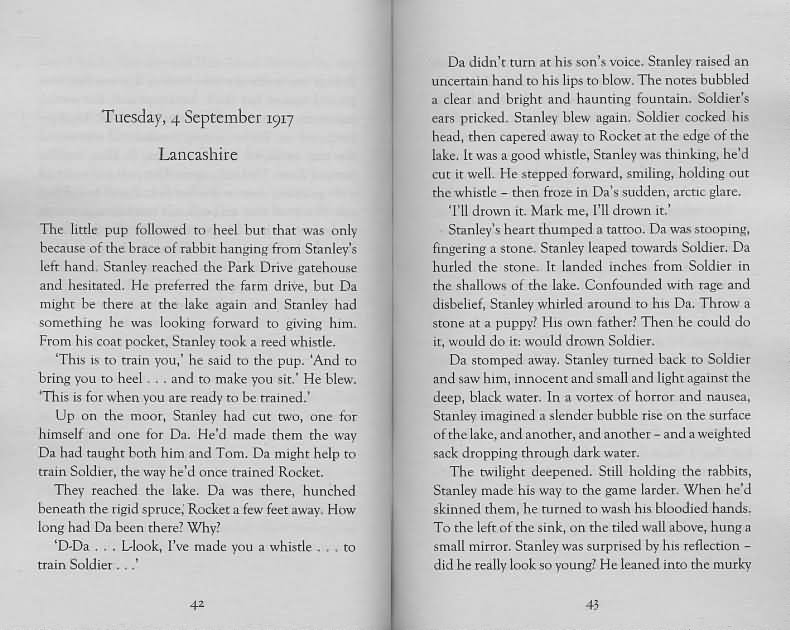 Log in to view theme keywords.
A teenage boy runs away from home to become a dog handler in the army during World War I

Stanley's dad hasn't been the same since his wife died and his eldest son went off to fight in the war. Now Stanley is either invisible to his dad or the object of one of his rages, and his only friend is his dad's prizewinning greyhound, Rocket. But one day Rocket escapes, and the result is a litter of non-thoroughbred puppies that Da says will all have to be drowned, even Stanley's favourite puppy, Soldier.

Stanley is so angry with his father that he runs away and enlists in the army to train as a messenger dog handler, and despite being far too young he's soon heading to France with a great Dane called Bones by his side.

As the fighting escalates and Stanley experiences the horrors of war, he comes to realise that the loyalty of his dog is the one thing he can rely on.

But his father hasn't given up on him, and extraordinary circumstances will bring them together once more...