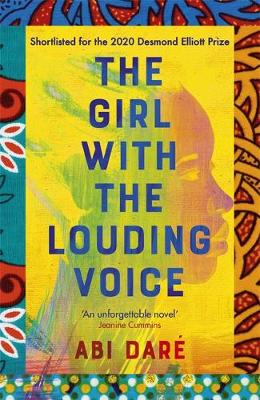 The Girl with the Louding Voice: 'A story of courage that will win over your heart' Stylist

The most uplifting debut of 2020

The most uplifting debut of 2020

I don't just want to be having any kind voice . . .
I want a louding voice.

At fourteen, Adunni dreams of getting an education and giving her family a more comfortable home in her small Nigerian village. Instead, Adunni's father sells her off to become the third wife of an old man. When tragedy strikes in her new home, Adunni flees to the wealthy enclaves of Lagos, where she becomes a house-girl to the cruel Big Madam, and prey to Big Madam's husband. But despite her situation continuously going from bad to worse, Adunni refuses to let herself be silenced. And one day, someone hears her.
__________________________________________________

'A story of courage that will win over your heart' Stylist

'A true original, this will open your eyes' Cosmopolitan

'Abi Dare has written an unforgettable novel, by the strength of her own louding voice.' Jeanine Cummins