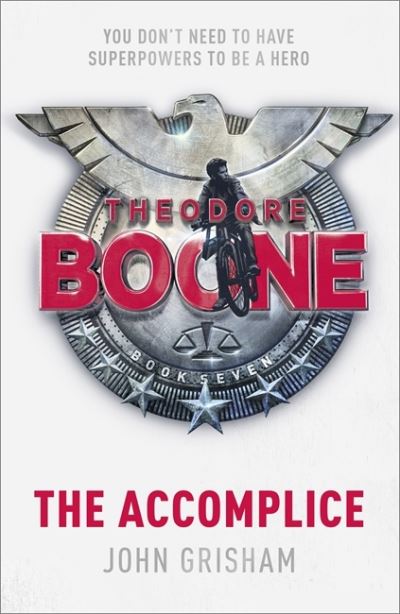 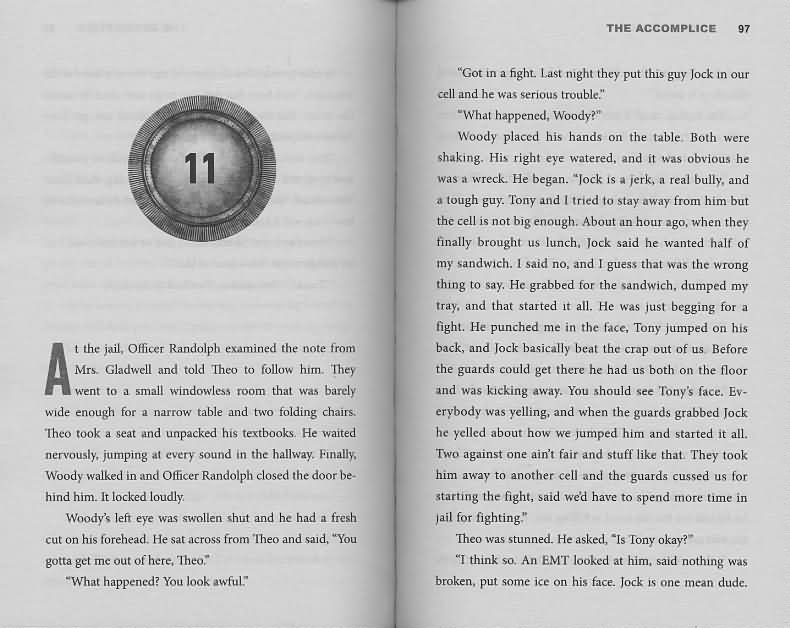 Theo represents a teenager who is looking at serving time for being in a passenger in a car which is used in a convenience store robbery.

Theo represents a teenager who is looking at serving time for being in a passenger in a car which is used in a convenience store robbery.

Woody Lambert is in trouble. He comes from a broken family, suffers bad grades at school and his older brother, Tony, is on probation for a drug offence. When Woody inadvertently gets caught up with Tony and one of his friends, Garth, cruising around Strattenburg in a beaten-up Mustang drinking beer, one thing leads to another and Garth holds up a convenience store with a fake gun.

Though he had no involvement in the crime other than being in Garth's car, Woody is arrested as an accomplice. He's going to need serious legal advice to avoid juvenile prison.

Enter Theodore Boone: after all, Theo has already decided that he will become the best courtroom lawyer in the state. It's just that, at the age of thirteen, Theo is years from being a qualified lawyer - and Woody needs help right now...