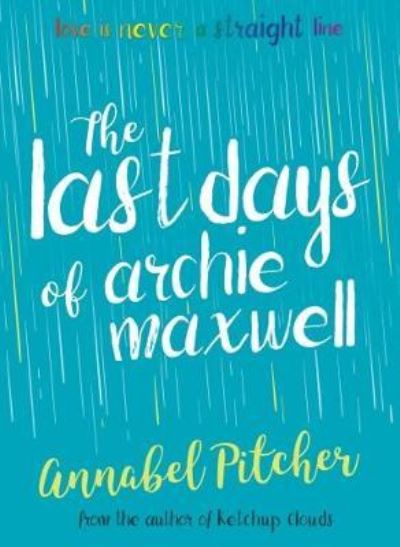 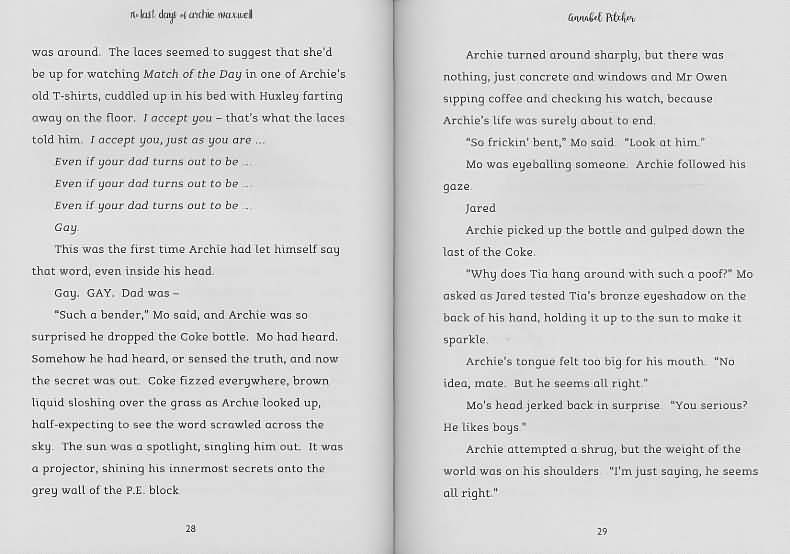 The last days of Archie Maxwell

Log in to view theme keywords.
A teenage boy struggles to come to terms with the fact that his dad has left home after coming out as being gay and starting a new relationship with another man.

A teenage boy struggles to come to terms with the fact that his dad has left home after coming out as being gay and starting a new relationship with another man.

Dads leave home all the time. It's not that unusual, really. Leon's dad walked out. So did Mo's. But Archie's? Well, that's a different story - a story that Archie must keep secret at all cost.

Archie knows he should accept Dad for who he is, so he hides his turmoil until he can stand it no longer. With nowhere else to turn, he finds himself at the railway track. The track has been calling to him, promising escape, release.

The only problem is, it's been calling to someone else too...

NOTE : Contains strong language from the outset and throughout, as well as frank and explicit discussions of sex and sexual language (both gay and straight) as well as frequent homosexual slurs.

There are also characters who aim to end their lives on a train track and one who has succeeded.