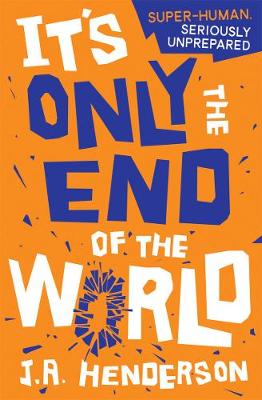 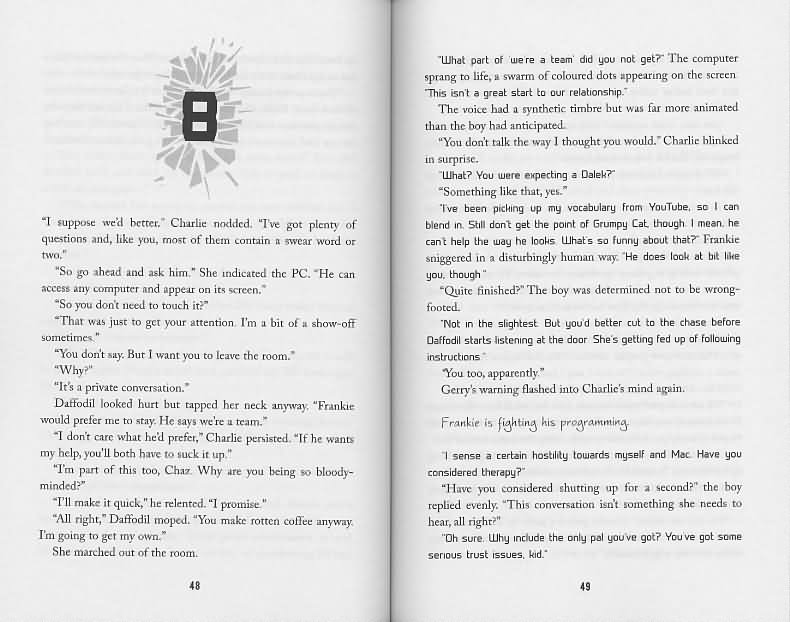 It's only the end of the world

Log in to view theme keywords.
A boy is tasked with saving humanity from mass extinction after he discovers that his parents are radical computer hackers and that he possesses superhuman powers.

A boy is tasked with saving humanity from mass extinction after he discovers that his parents are radical computer hackers and that he possesses superhuman powers.

Charlie thinks he's a pretty normal guy, until someone breaks into his room one night and reveals that everything he's ever thought about anything is wrong.

1. His parents are boring - nope - they're actually highly skilled computer hackers with a history of radical action
2. He has no special talents - nah - he's been jacked up with the Atlas serum, making him near enough a super hero (minus the spandex)
3. The world is basically a good and predictable place - wrong again - there's an evil corporation determined to bring on the end of the world... and kill him
4. The person who broke into his room is weird - OK, that one is true. But Daffodil (not her real name) has a bossy, all-powerful artificial intelligence attached to her brain stem which is bound to make anyone a little different.

In this pacey, ironic thriller, brilliant dialogue meets slapstick fight scenes, in a teen version of Christopher Brookmyre, and the question of who's controlling whom is startlingly, hilariously and constantly revised.

NOTE : The blurb describes something called the Jekyll serum, whereas in the book it's actually called the Atlas serum.