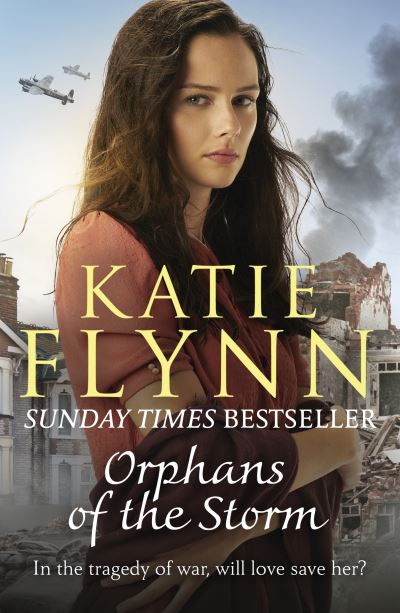 Orphans of the Storm

From the Sunday Times bestselling author, a classic Katie Flynn story of hope and love, set against the backdrop of WWII Liverpool.

From the Sunday Times bestselling author, a classic Katie Flynn story of hope and love, set against the backdrop of WWII Liverpool.
____________

When nurses Nancy Kerris and Jess Williams both lose their lovers in the trenches during the Great War, their future in Liverpool looks bleak. As the war finally ends, their lives are set on different paths, with Nancy choosing to marry an Australian, leaving behind her life - and her friend - for the Outback.

Years later with the outbreak of the Second World War, Nancy's son Pete decides to join the Royal Air Force and as such travels to England. He promises to pay his mother's friend a visit, however when he arrives in Liverpool, he is dismayed to find half the city has been demolished by the May Blitz. Jess's home has been destroyed, and even worse, her daughter Debbie is missing.

In an unknown country and war-ravaged city, Pete decides he must help find Debbie, whatever the cost . . .