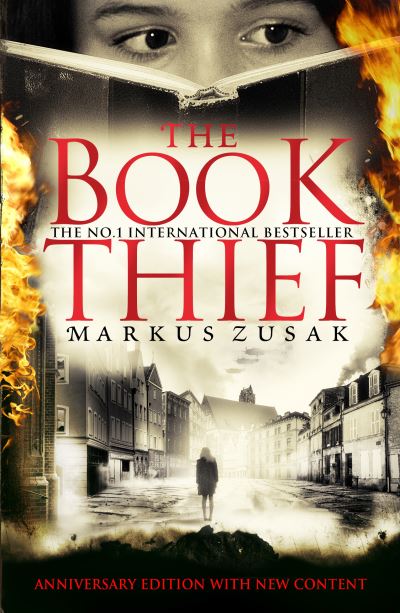 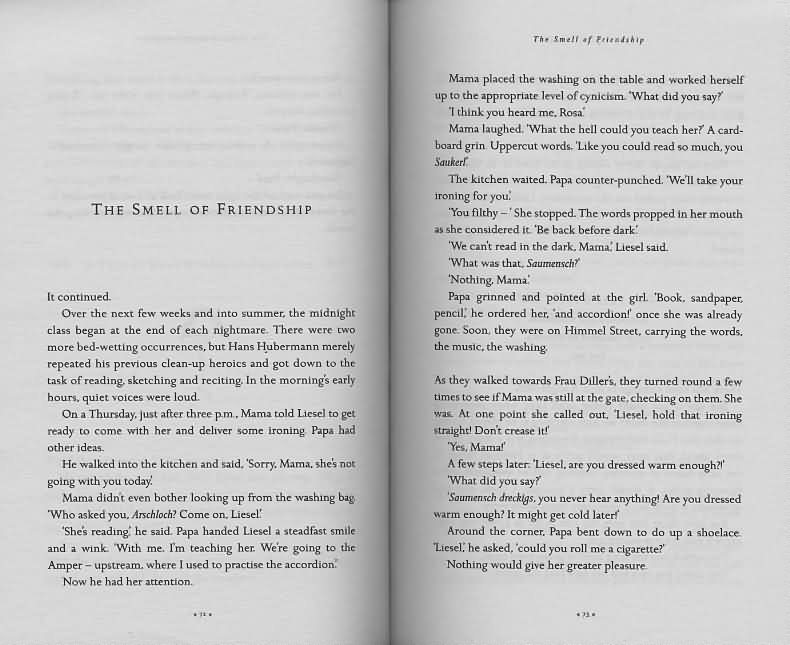 Log in to view theme keywords.
Recounts the life of a young German girl in Germany during World War II.

Recounts the life of a young German girl in Germany during World War II.

It is 1939. In Nazi Germany, the country is holding its breath. Death has never been busier - and will become busier still.

By her brother's graveside, Liesel's life is changed forever when she picks up a single object, abandoned in the snow. It is The Gravedigger's Handbook, and this is her first act of book thievery.

So begins Liesel's love affair with books and words, and soon she is stealing from Nazi book-burnings, the mayor's wife's library... wherever there are books to be found.

But these are dangerous times, and when Liesel's foster family hides a Jew in their basement, nothing will ever be the same again.

NOTE : At the start of the book Liesel is 9-years-old but the book is definitely aimed at older teens and first edition was promoted as a crossover book with a simultaneous adult release.